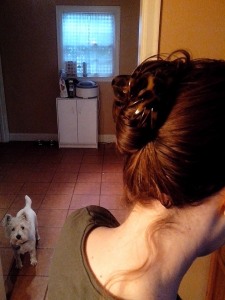 I realize that I haven’t written in a while. It’s been a long summer full of kid and family stuff and now we are just settling back into our fall schedule. Most of my readers are my Facebook friends, and I have added about a dozen of you since the last entry I wrote. If this is your first visit here, you might want to go back to the beginning later and read the whole story. I’m going to try to do that myself because I really haven’t read this blog as a whole and I think it will help me get in touch with I still have left to tell and what can remain unsaid.

It is a rainy Sunday and my husband and three boys are watching the Lego Movie on DVD, leaving the desktop (aka: the gateway to Minecraft/pbskids/YouTube videos featuring plastic eggs) open for once. My netbook is currently not working and, although cell phones are wonderful creations, I cannot compose a blog entry on a phone.

This weekend marks two years in our new house. I guess that merits a blog entry on its own, but that’s not what brought me here today. The primary inspiration for this entry is this picture my husband took this morning (notice Duncan the Westie in the background). We were enjoying our last week of a slow, lazy Sunday before our commitments to various church programs force us to attend an earlier mass. Anyway, we slept in and I was late to shower. In trying to figure out what to do with my wet hair, something occured to me. I wonder if it’s long enough for a ponytail?

This is a thought I’ve had a million times over the past two years. Putting my hair up was second nature to me before all of this happened. As I likely mentioned at least once before, I refused to go with a short “mom cut,” likely I was still resentful of my own mother for forcing me to have short hair for the first ten years of my life.  Instead, I either twisted my wet hair up with a clip or put it in a ponytail. Not sexy, not glamorous, just me. When I woke up bald and stapled after surgery, particularly once I was coherent enough to realize that I was bald and stapled, I tried not to make a big deal about the loss of my hair, but it ate at me. This was even more true once I was released and had to go back out into the world. The loss of my hair, in some ways, was just one more thing. I’d lost the use of my left leg, my left arm and hand, my bladder, so (deep sigh) of course, I lost my hair, too. As chronicled here, the bladder came back before my release. The hand and arm and leg slowly returned, too. The hair would return. I knew it would, but, damn, it took a long time. Hating how I looked compounded the anxiety that became my constant companion, despite the well meaning comments–wow, you look just like Anne Hathaway (no, no I didn’t). Self-conscious doesn’t even begin to describe what feels like to suddenly be dropped into a weak, uncoordinated body that simply no longer obeys your commands, then add in a shaved head. Am I going to drop this tray? Am I going to trip? Am I going to have an anxiety attack and have to flee the store? Does everyone notice how awkward I am? Are they all wondering what is wrong with me? Do they think I have cancer? Do they think I have my hair like this on purpose?

Back to this morning. I wondered if I could put my hair in a ponytail, so I looked for a ponytail holder. In my previous life, these things bred like rabbits and were scattered over every surface of my home, but today I couldn’t find one. I have a vague memory of packing up the old house in August 2012 and, in a rage, throwing each one I found away. I did it again as I unpacked in this house, so this morning, there were none to be found. I was going to give up when I spotted my clip on the dresser. Why was it there? How did the clip survive the angry purge and the move? How did it not get stored away somewhere? Surely, my hair isn’t long enough for the clip. It was. Holy shit. And so my hair is back, mostly, although I have to dye it now. I guess a few gray hairs are still a small price to pay and I’m hardly the only almost-40-year-old out there who dyes her hair.

Another anniversary passed last weekend that I feel compelled to say something about here. August 24th marked thirteen years since the passing of my dad. My dad seemed perfectly healthy at my wedding in July of 2000, yet a few months later, he was diagnosed with aplastic anemia after donating platelets for a friend.  He was treated with an experimental serum which failed, leaving a bone marrow transplant as his only other treatment option. I was not a match and have no blood siblings. My grandfather was still living at the time and neither he nor my aunt were matches either. However, they did find a match for my dad and he and my stepmom traveled from El Paso to Houston for the transplant in June 2001. Dad was in isolation for a month, then he was released as an outpatient and came in every day for treatment. I visited him at M.D. Anderson in Houston at the end of July and he seemed to be recovering. He wore a mask outside the hospital to protect him from germs.

A month later, we got a desperate phone call from my stepmom. Dad was being readmitted. He had a fever and had likely contracted a secondary infection. Within 24 hours, we were told to get on a plane and head for Houston. Matt and I flew down from Toronto. My aunt flew in from California, stopping to collect my 94-year-old grandfather on the way. By the time I saw my dad, he was on life support. We lost him just over 24 hours later. He was 54.

As I marked the anniversary of his passing last weekend, I couldn’t help but wonder, what if? What if Dad had survived? What if Dad had survived and had been there when I got sick? How would that have changed the experience? If Dad had survived, then, presumably, he and my stepmom would have flown out. Would they have come out with everyone else when I was diagnosed and having surgery or would they have waited and come in later on? What if the burden could have been lifted from my mother’s and stepfather’s shoulders and shared with my dad and stepmom? In my mind, this does not play out in a “my dad was never sick” way, but rather a “my dad was sick and survived” way. Dad would have understood what it was like to be drugged to the gills and seeing things that weren’t real. Dad would have understood the isolation and desolation. Dad would have been a great comfort for my mom because, even though they were long divorced, they always remained good friends. Dad and I had the kind of relationship that got deeper and more profound as I got older and this is an experience that, awful as it was, we could have shared. And so, thirteen years after his death and two years after my brush with death, I feel his loss even more keenly than before.

And as long as we are fantasizing about lost ones who we wish had been there in 2012, my mother-in-law comes to mind. I never even met her. Matt’s mom passed away after a long struggle with breast cancer in 1997. I had only just met Matt and didn’t even know him well enough to attend the funeral. I like to think that, at some point during this crisis, she would have grabbed my father-in-law by the collar and dragged him across the Canadian border to Ohio to support her son and to help care for her grandchildren.

It is a question with no answers because it is a fantasy. My dad is gone. My stepmom did come out immediately after my release and we see her as often as we can. My mother-in-law is also gone and my father-in-law and his wife are who they are.  My husband is a profoundly changed person for having borne so much of this experience on his own even with the support of our family, friends and church community. We forge on.  At least, I can forge on with my hair up.